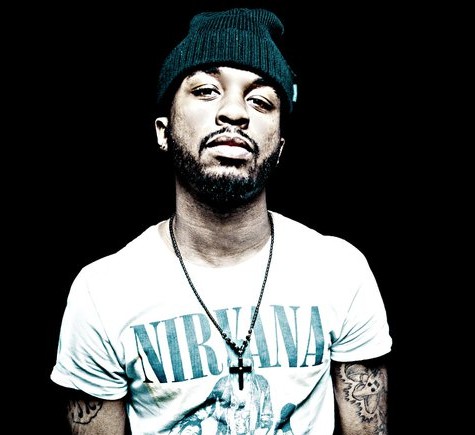 The homie ClarkAirlines has gained much notoriety in the last year for not only his impressive rap game, but also the insanely daring stunts in his music videos.  From jumping off of rooftops [“Rebel Canon“],  to riding atop speeding vehicles as he spits his flow [“Sippin While Whippin‘] we knew something extreme was coming next.

In his newest project, things get even more dangerous as he collaborates with Englestreet Productions on visuals, and also the Australian-based Kid Label brand.  Shot in Sydney, the newly released video for “Chin Deep” featuring Cha’s Kimbro cements the Chicago-based artist’s role as U.S. spokesman for Kid Label, an apparel line that is swiftly gaining ground as a major outlet of original hip-hop art + fashion pieces.  It goes without saying that the Kid Label models appearing in the video are the sweet side of the new relationship, and help to establish a different facet to the artist’s presence.  To go from underground rapper and stuntman, to this new international playboy persona is not only entertaining for fans but it keeps us guessing what’s next for this growing star.  You can’t help but watch the video and worry about the kid, in a good way.

We only hope that this doesn’t lead to an all out groupie phase in Clark’s career.. or do we?

Check out “Chin Deep” below… (we know), and stay tuned as he has more to offer this coming summer.