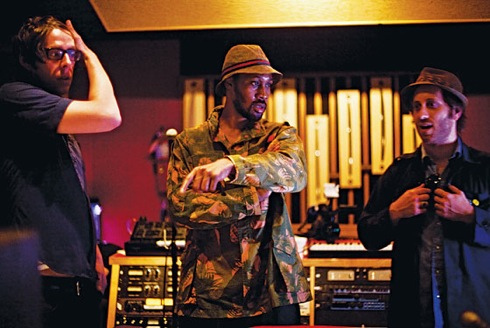 RZA and the Black Keys bring together rap and rock once again as they bring us a new track for the soundtrack from the Wu-Tang member’s directorial debut, The Man With The Iron Fists.

The Baddest Man Alive blends Bobby Digital’s off-the-wall lyricism with the Ohio band’s shabby riffs and haunting vocals for an unmistakable sound fitting for the flick.

Check out the song below. The Man With The Iron Fists soundtrack is expected to hit stores on Oct. 23 while the film will arrive in theaters Nov. 2.