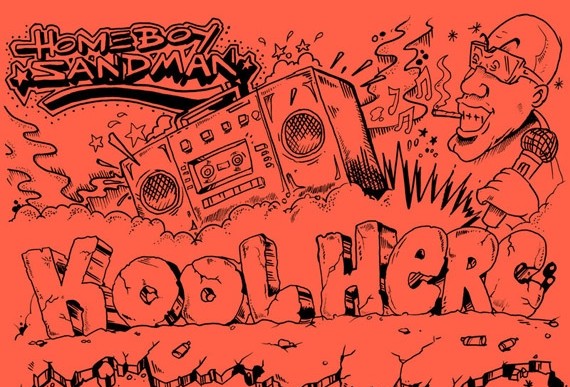 NEW from Stones Throw Records:  8-track record, homage to Kool Herc and the birth of hip-hop. Digital out now, vinyl ships in May.

Homeboy Sandman presents us with Kool Herc: Fertile Crescent, an 8-track release produced entirely by El RTNC (formerly knows as Rthentic – Mos Def / De La Soul). The record is an unapologetic homage to old school hip-hop in its barebones production, lyrical themes, cover art and even the title. With the blessing of DJ Kool Herc, one of the originators of hip-hop, Sandman pays respect to the pioneering DJ by proudly naming the release in his honor.

This is the first in a series of records with Homeboy Sandman to be released by Stones Throw through 2013 – each with a distinctive theme, with the MC working with a single producer.

BONUS TRACK: “KOOL HERC FERTILE CRESCENT OUT NOW” the latest in Homeboy Sandman’s tradition of creating an all-new exclusive track to celebrate the release of each new record.