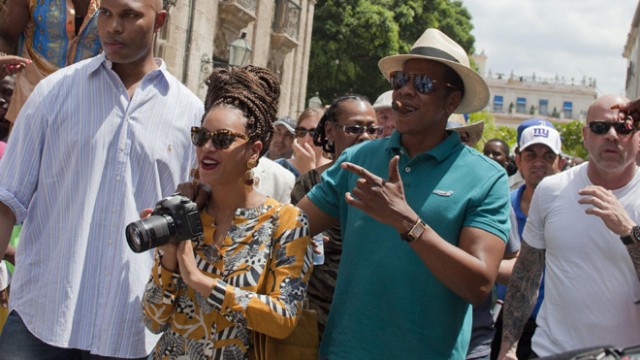 “Game” of Thrones? | Jay-Z Under Fire For His “Open Letter”

Just hours after Jay-Z dropped his latest song Open Letter, the hip hop mogul’s creative way to address his and Beyonce’s trip to Cuba, word spread like wildfire.  In fact, the White House today released a statement referring to the matter thanks to his choice lyrics:

“I turned Havana into Atlanta. Boy from the hood, I got White House Clearance. Obama said chill you gonna get me impeached. You don’t need this expletive anyway, chill with me on the beach.”

According to POLITICO, the U.S. Treasury Department was aware that there were travel plans as part of a cultural learning experience, they were however unaware that the famed couple would be attending due to their departmental policy of not requiring a travelers list.

” I guess nothing rhymes with Treasury, because Treasury offers and gives licenses for travel, as you know, and the White House has nothing to do with it,” spokesperson Jay Carney said. “I am absolutely saying that the White House, from the president on down, had nothing to do with anybody’s personal — anybody’s travel to Cuba. That is something that Treasury handles.”

Was it a big deal that Hov used his Oval Office ties to his advantage? Conservatives think so but hey, you be the judge. Listen to the track below.