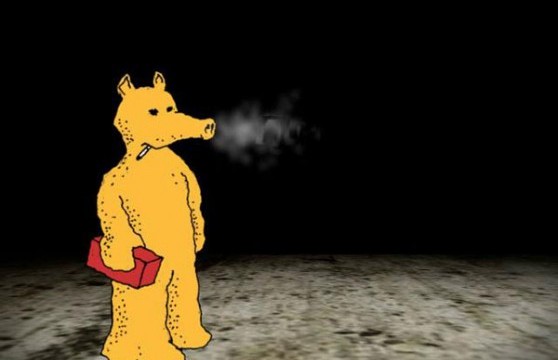 Quasimoto first came to life on Madlib’s personal beat tapes in the producer’s early years in Oxnard CA – private music, not meant for release, made for himself and a small circle of local smokers and their car stereos.

By the time of Quasimoto’s debut The Unseen, most had caught on to the fact that Madlib and Quasimoto were one in the same. The MC as artistic alter ego, like a talking dummy from surreal rap vaudeville. Quasimoto is usually the “bad character,” doing and saying what the producer doesn’t, with Madlib along side as a noncommittal collaborator. The Unseen (Stones Throw, 2000) was among the new decade’s first sleeper hits, ranking on Spin’s year end list at a time when the producer and label were unknown outside hip-hop DJ circles.

After a subsequent journey through jazz production and now-legendary collaborations with MF DOOM & J Dilla, Madlib called on Quasimoto again for The Further Adventures of Lord Quas. The album played something like a smoked-out comedy/crime Blaxploitation flick, and continued to build Madlib’s reputation as one of the most creative and fearlessly skewed creators in hip-hop.

As for Quasimoto – usually represented by pen & ink with brick in hand – he has been many things over the years: rapper, cartoon, the poor-man’s Gorillaz, a toy, bad tattoo, internet meme. To all this Lord Quas might say, yessir … whatever. It’s all about the music.

Yessir Whatever collects 12-tracks made by Madlib and Quasimoto over a roughly 12-year period. A few were released on rare & out-of-print vinyl, while a few others are previously unreleased, now mixed and mastered for the first time. Take two & pass. Yessir … whatever.