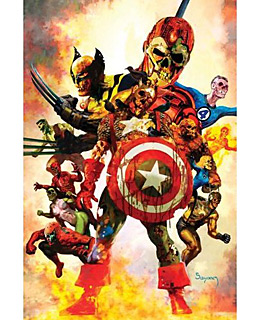 Marvel Comics has enabled an app for Google Plus users, providing a digital platform for the superheroes we’ve loved for decades.   Marvel Graphic Novels were released today, by Google and Marvel while audiences lined up for the release of the new feature-film The Avengers.  Each Marvel digital graphic novels features some favorite heroes like Captain America, Iron Man, Thor, Hulk, and more.