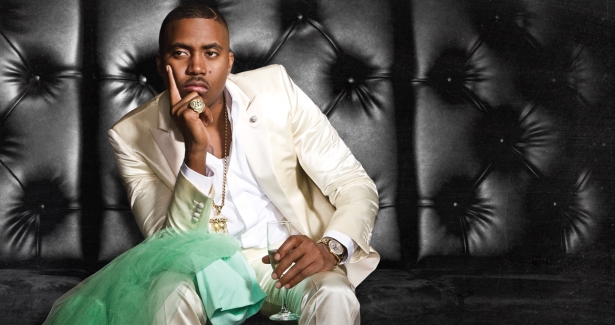 After a recent performance on ABC’s “Jimmy Kimmel Live” the legendary rapper Nas (a.k.a. The Don, Nasty Nas, Nas Escobar  or Nastradamus) reminded us that he’s still on top. Forget about a throne.  The Don has brought a matured culmination of his sound to audiences with his new album, Life is Good, released last week.  Featuring guest appearances from the likes of  Large Professor, Swiss Beatz, Mary J., the late Amy Winehouse and others the production also does well at making a full circle for even the most discriminating of connoisseurs.  While we found some tracks a little on the corny side, we understood that the Nastradamus era was still a part of the deal.

Classic Nas lyrics are in tip top shape over a well balanced collection of tracks that reflect on past eras like “Nasty” and “Back When” as well as newer directions with “You Wouldn’t Understand” feat. Victoria Monet.  Even the album cover’s artwork shares a bit of history with his ex-wife Kelis’ wedding dress being held on his lap.  The singer apparently cleaned Jones out and left only the wedding dress behind in their not too recent split.  The message we can get out of it is interesting, but it is most certainly not the main attraction.

Click here for the album stream (as if you hadn’t already heard it), compliments of HipHopDX, via Grooveshark.  Now, we know the debate over freeloading vs. supporting the artist and album, but then again Nas and mixtapes go hand in hand.  We also recommend purchasing the Deluxe Album which includes several bonus tracks unavailable elsewhere, or the Collector’s Edition which can be found on NasirJones.com.

While we’re at it, here also is the single “Black Girl Lost Pt. 2” which was released this spring with other tracks from the album and is definitely worth a mention.