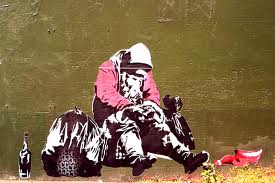 Lucky number 7 for Neak, as in, this is the seventh music video off Neak’s current full-length effort. The album titled “Love Greater//The Prequel“ has received massive praise since its release earlier this summer. Neak’s latest visual masterpiece (Directed by APJ Films) shows life from the perspective of him as a homeless man, which represents the poverty every hard-working person experiences in comparison to their rich counterparts. The music video is a perfect compliment to the politically charged single “God Help The Middle Class” featuring New Jersey emcee The ILLZ and Simeon Viltz of The Primeridian.