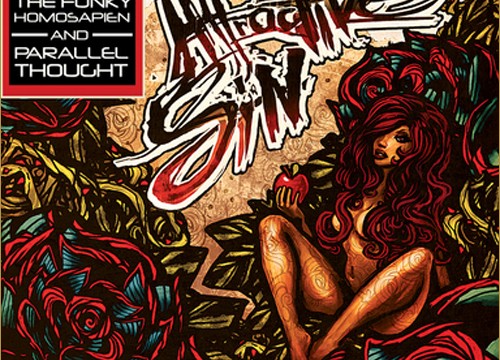 Del the Funky Homosapien is back at it again.  Just this week, Del and Parallel Thought released Attractive Sin which is a nice little blend of funk, soul, jazz, west coast sound and classic Del with his usual suave self on each track.  Parallel Thought does a more than decent job with his choice of samples to produce a tight delivery of just the right old school and classic, using a lot of snare and brass in some places while applying a nice solid lazy afternoon beat in others.  Some of our picks thus far are “Get to Drillin” and “Charlie Brown”.

Check out the whole album here, compliments of Spin.com.

As if this wasn’t already exciting enough, a Deltron 3030 sequel has also just been placed on the table – due to be out in September.  According to a recent interview with Dan the Automator and Del by CBC Music they indicated that the new album is almost complete with just a couple of finishing touches being applied.  The duo also let on that the sequel would be nothing like the original album, giving fans a completely different sound.  Oh really??

Check out the interview here, in the meantime we’ll be looking forward to some more Deltron in our not too distant future.