What’s this Vine that all these young people are talking about, you ask?

It’s a mobile app that allows users to take 6 second videos that play in a continuous loop like a gif.  These vids are easily posted directly to Twitter or Facebook. The company was acquired last year and was brought to iOS by Twitter and I can only assume this  developer who’s profile is featured in the app store, along with pics of his girlfriend that-he-does-not-want-you-to-hit-on. 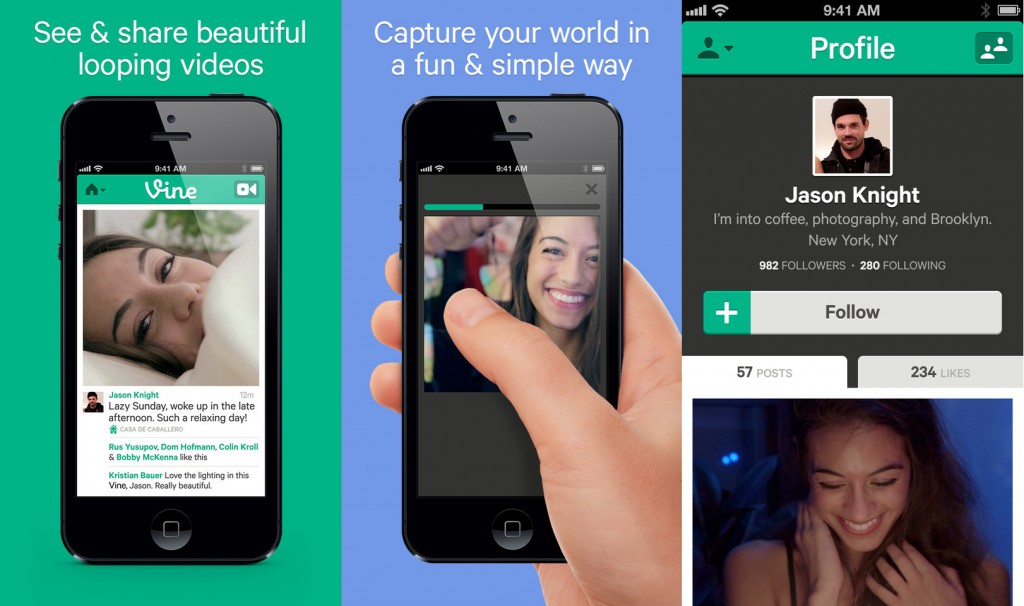 Seriously, he might as well tattoo #TAKEN on her forehead.

The app is fairly simple to use and comes with a quick, albeit gentle, tutorial for your first time. The app also has a similar lay out to Instagram, so it should feel familiar to users.  Here’s my first attempt at a Vine Vid.

The downsides that I experienced were many of the 6 second vids took 6 minutes to buffer and some feeds didn’t load at all.  Maybe I fell into a heavy usage hour or maybe this is something that twitter still needs to correct. The other downside is that there is no landscape mode, so you need to keep your phone upright otherwise the vid will play on it’s side. Also, as of this post there is no Vine app on Android. There are rumbles that it’s in development but, as with most things Google, you droids are stuck waiting.

Since the internet is giving most people ADD with the attention span of 6 seconds anyway this app is right up the digital alley. It’s hard to say if it will revolutionize the way we share videos much like Instagram did with picture sharing, but if you’ve ever looked at a pic of your friends cat online and thought, “Man I wish this picture was moving and had voice over!” then you should download this app immediately!  It’s worth it just to see Will Sasso do his Robert DiNero impression.