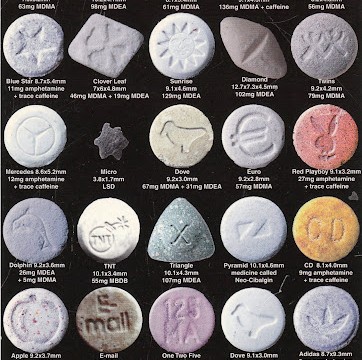 In an imprudent moment of braggart behaviour, Rick Ross (soon to formerly be known as “The Boss”) has brought to light what has become the New Jack crack of  our current ‘Twenty-Teens’  time era.  Basically, he’s succeeded in putting the new fashionably poppable pill “Molly”, along with his own date-rape antics, on blast.  In a short time, the result has actually yielded a successful awareness of the misleadingly named MDMA-based drug and it’s trendy emergence, along with the darker uses it can be put to.

Long ago, folks would ‘slip a mickey’ in your drink to get the best of you.  Over the years, perverts and thieves far and wide explored the use of everything from ether to Liquid G to yield the same effect.  Shit, everyone saw the quasi-documentary “Kids” back in the day and it was the same story.   But never has anyone been so moronic as to rap about it in a song.. literally spell it out, and incriminate themselves such as the largely known Rick Ross.

In the last days, many protestors, artists and media outlets have stepped forward in what has become a public outcry over the   “U.O.E.N.O” lyrics that spell out R.A.P.E.

Once fans heard this and realized what the message was, things started to go downhill for Ross.  A women’s group, Ultraviolet, called Reebok to the carpet to drop their endorsement deal with the artist as many of their customers are women themselves.  In a weak-ass apology, Ross makes a claim that the lyrics were misunderstood, insisting that because he did not use the word ‘rape’ the meaning had not been suggested.

“The term ‘rape’ wasn’t used,” he said. “You know I would never use the term rape in my records … I just wanted to reach out to all the … sexy ladies, all the beautiful ladies that had been reaching out to me with the misunderstanding: we don’t condone rape and I’m not with that.”

Then what were they about? Do, go on…. please break down your rhymes for us oh great lyricist.

“I dont condone rape. Apologies for the #lyric interpreted as rape. #BOSS”

And then, in a somewhat delayed panic that he would lose his endorsements and no longer be able to order brontosaurus-sized steaks, he then went on to Tweet:

“Apologies to my many business partners, who would never promote violence against women. @ReebokClassics @ultraviolet”.

In a HuffPost Live interview, rapper Talib Kweli spoke on the lyrics as part of a larger issue within the Hip-Hop community, and stated perhaps Ross should be embraced; that he was a “misguided 40-year old”.  He made it explicitly clear that the solution was not to single the rapper out, but to investigate further into why lyrics or ideals such as these were able to carry as far as they have onto albums, into our homes and out of our mouths.  While we appreciate Kweli’s attempt to not stir up beef and keep the larger issue at hand, he had to clarify his point again on Hot 97 and we still don’t think everyone has gotten the picture.

At the end of the day, rape is rape.  There’s nothing to embrace in a man who speaks on it as if it’s a socially acceptable practice, and then sloppily denies it and with no penalty.  While encouraging each other in an effort to garner a better understanding might be a noble practice and a non-conflictive resolution, one can’t ignore the fact that what Ross is talking about is wrong on many levels.

Is this censorship?  Is this the denial and punishment of a character that fat-man merely wanted to play?  Perhaps..

After the media hype dies down, we’ll at least be able to thank Ross for bringing these issues to the fore – albeit stupidly and with a lackluster aftermath.  He has literally placed a time stamp on what could become the Molly era, and that we’re hoping might be avoided as a result.