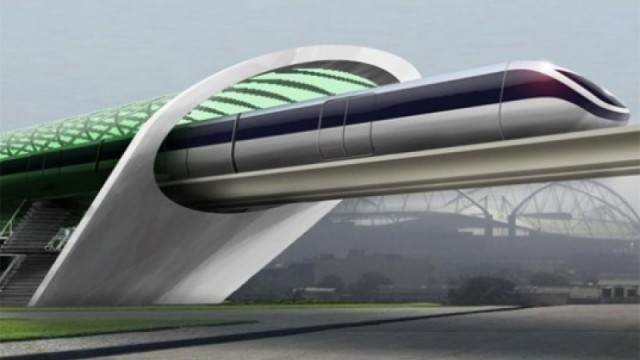 The Future of Travel | Meet the Hyperloop

There was a time where the thought of crossing the country in a day without the need of a plane was ludicrous. That soon might not be the case with the help of some choice individuals who would not only want that to be a daily occurrence, but also with the time frame of a couple hours.

Telsa CEO Elon Musk and Colorado based ET3 are looking to make that awesome idea a reality with what they call the Hyperloop. The project in which they dubbed the Evacuated Tube Transport has been interestingly described by Musk as a mix between a Concorde, rail gun and an air hockey table rolled into one. Crazy, right?! To be more precise, the two tech giants are coming up with a system of elevated tubes that contains magnetic levitation system similar to what high-speed bullet trains currently use.

Musk’s partner ET3 has a concept akin to what the man behind the popular electric car had envisioned. What was supposed to be an automobile-sized, six-passenger capsule constructed for outer space travel is poised to become part of the elevated tube system, with speeds reaching up to 4,000 miles per hour across or between continents. They even predict that this can be created for 1/10 the cost of a high-speed rail (something the state of California’s already underway with) and a quarter the cost of a freeway. To top it off, the fare for a cross-country trip will run around $100. With ET3 already armed with prototypes and built mock-ups that they plan on testing later this year, we could soon be staring at the future standard of travel.

Thanks to the advancements of technology, such grand aspirations can be reached with the right resources, as Musk and ET3 are showing us. Check out the video below to get a better look at what they’re aiming for and ask yourself: do you feel this will replace the various ways we currently use to get around?