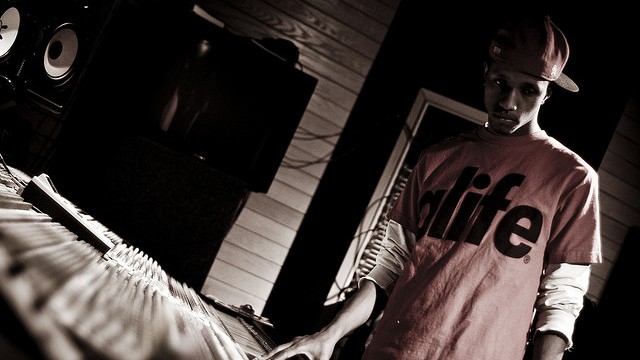 The New Anatomy ::: An Interview with JStaffz

Back in the day, record labels used to actually hire people to venture out into the mean mostly urban streets of America to search for the hot, new talent that hopefully would be the next big thing.  Unfortunately, with the decline of record sales those people no longer have a relevant role in the music industry and now it’s not only the job of the artist to be talented and original but they have to be somewhat of a marketing genius, or have the sense and budget to hire one.  The fact is, artist development, heavy street campaigns and relying on record sales is the old anatomy of the music industry.

The New Anatomy of the industry consists of yielding thousands of YouTube views, digital downloads and forming strategic brand alliances to push the new crop of artists into superstardom. I’ve heard that the pioneers suffered while the settlers prospered, but I can’t say the same in this particular situation.  This is largely due to the fact that all of the artists that I know that have been on their internet grind since MySpace was a new and novel idea, are the artist that usually garner the most success in present day hip hop.

The question that I often ask myself is, does the new way of pushing artists help to creatively push the culture forward or are we digitally opening the flood gates for one hit wonders and flavors of the month to feed the masses with bullshit rhymes over quirky-yet-catchy background vocals? I’m not sure because although I am not the biggest fan of Lil B and Chief Keef, I have been treated to such internet stars turned national acts such as Curren$y and Kendrick Lamar.

Instead of being trapped in the past and stuck on the ways and ideas of the old music industry that I miss and love, I decided to weed thru volumes of bullshit and stumbled upon artist and producer J-Staffz who has worked with the likes of Wiz Khalifa, French Montana, and Tony Yayo just to name a few. With almost a half million Twitter followers and hella credible placements this kid could teach a class on how to be relevant in the digital age of music, and no bullshit – I would take it.

So for the first installment of “The New Anatomy”, I linked up with the young and budding super producer to pick his brain on a wide range of topics, with the hopes that we can all gain a little insight on how to become popular in the new era of hip hop.

What initially interested you in hip hop?  The beats did it. Not sure what it was but I always pictured them in my head and wish I could make them. Like when I heard “Missy Elliot – Sock It To Me” I was like….”How did they do that?”

In what ways is the music business in Canada different from the States?  Its the same I think. We have talent in Canada as well but its a lot smaller of an industry and the market is nothing compared to the size of the American market so there’s not a lot of Canadian artists making what American artists are making.

Back in 2009 I got a chance to meet with Boogz Boogetz about an hour away from Niagara Falls in Canada and he was there working with Wiz and I produced 2 records for them. For one of them, Boogz shot a video too and the other one ended up in Wiz Khalifa’s mixtape.

I see that your internet grind is crazy! do you mind sharing some of your secrets? Twitter is the best thing to happen to music since MySpace and iTunes. I’ve been able to expand exponentially and promote myself to a huge group of people very quickly and effectively. I used to just follow people that follow other people back (aka #teamfollowback) and that got me to 100,000 followers really fast.  Then I just focused on networking with people in the same field as me and I’m busier then ever now.

I see that your always looking for new artists, how important is it to you to always search for what’s new?  I’m always looking. I found Wiz long before he was a household name. I pride myself on being able to hear something and be like “yeah, thats it…”. That is really the one of the hardest jobs as a produce is knowing when something is good and when something is great.

What do you have planned for the future? I’m currently working with my new management a lot and I have projects coming from all of my artists.