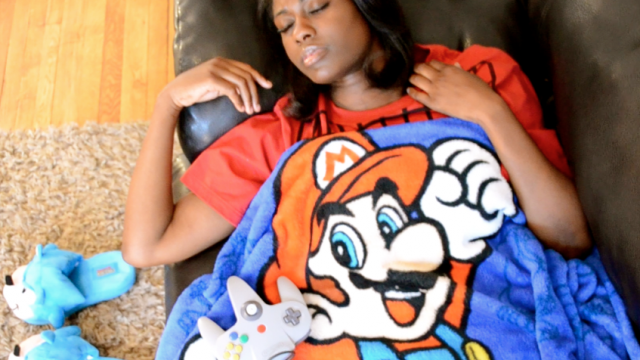 For the gamer in you.  “Games & Cartoons” is a self-directed music video from Upstate NY producer and rapper Sammus, and the second single off her “Bandcamp-Bestselling” album M’other Brain [June 2012].  The track is a love song for video games, a preferable escape to the typical BS of life that we all would rather leave until later.

Although Sammus made her directorial debut with her first single, “Mayhem,” “Games & Cartoons” marks the director’s first attempt at working in her favorite genre — comedy. Watch what happens when Sammus decides to take a much-needed day off from work to rediscover her love for the important things in life — TV, video games and of course, a nice bowl of cereal.