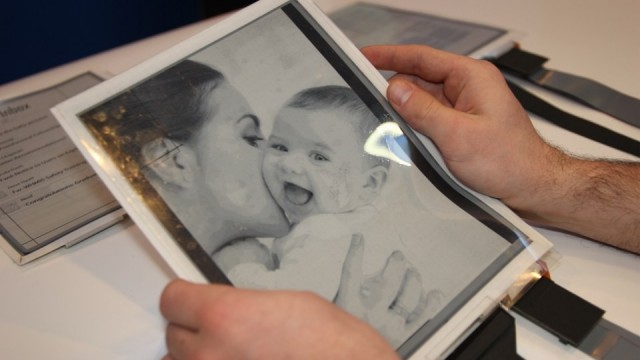 Welcome to the Future | Meet PaperTab

As tablets steadily become a viable alternative to PCs and laptops, the folks at Human Media Lab at Queen’s University has crafted something pretty remarkable: PaperTab.

Having joined forces with Plastic Logic and Intel labs, researchers behind the flexible tablet device have stated that this will revolutionize the way people work with tablets and computers.

While PaperTab mimics the look and feel of a sheet of paper but contains a flexible, high-resolution 10.7” plastic display and a flexible touchscreen powered by the second generation Intel® CoreTM i5 Processor. Some say that it can eventually replace the need for a computer monitor and eliminate stacks of paper printouts.

Having recently debuted at this year’s CES convention in Las Vegas, PaperTab has already become one of the most talked about tech items in 2013. Unfortunately, the tablet won’t be commercially ready for another three to five years, so prospective buyers are going to have to exercise the utmost patience to get their hands on one. For more info, check out the video below and visit Human Media Lab’s website.