Chicks That Don’t Suck: An Interview with Sammus 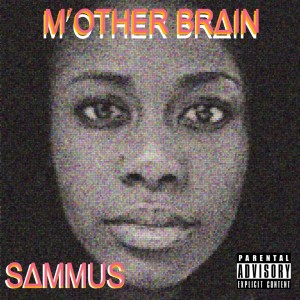 Let’s face it, 95% of popular rap music sucks. When I say this, I don’t mean that rap music in general sucks, or rappers themselves suck – though a lot of them do. What I’m really aiming at is the fact that 95% of what we hear on local radio and see on television is crap.

Why do I think this? The answer can be summed up in one word, balance, and the lack of it on television and radio. Now, I’m going to make a statement that’s really going to piss you off, you ready? 98% of female rappers suck, and my reasoning behind that statement is parallel to that of my belief system as to why rap music as a whole sucks. Why is it that I can easily name the top 10 female emcees of all time, yet my top 10 male emcee list changes every ten years? I’ll tell you why, lack of balance.

It isn’t as if making music is like playing basketball and women aren’t strong or tough enough to compete with males of superior skill level. That is not the case, and I’m sure the majority of you know that women are intellectually 3 years ahead of men that are the same age. Why doesn’t this translate in music?

If the majority of popular rap songs are about women, why is there only one female emcee in respectable standings on the charts? I’m sure at this point of the article I sound like asshole of the year, and yeah I probably am.  However I am not sexist, and do think that women deserve an equal share of hip hop culture, but the fate of my high hopes for the Femcee, lies solely in the hands of the writers that are going to have to realize that not only are they representing their respective hoods, Sets, and Ideologies; they are representing women as a whole. And whatever their “thing” is had damn well better be as good if not better than the shit that men are doing. If not, do us all a favor and get a fucking job, the world needs another rapper like it needs another aids victim. Lil Kim was hot because she got on tracks with dudes and burned them, and the same could be said for Lauryn Hill, Missy Elliot, Foxy Brown, and current stars like Nikki Minaj.

I, personally, would like to do my part to change the current state of Female hip hop, by bringing you “Chicks That Don’t Suck” Why did I chose such a name? Because let’s face it, a lot of them do, but I won’t be discussing subpar female emcees in this series, this shit is going to be about the cream of the crop, the top of the class! I’m going to change the way the world thinks about female rap, even if it kills me, one emcee at a time.

To kick off the series were going to take it where it all started – sorta, Upstate New York! The artist name is Sammus, and she is a producer/emcee that is doing something that I find very different and creative– sampling video game music and creating dope songs to melodic 16bit inspired backdrops. This is strictly for the cool, so if you’re a fan of Trina or Diamond this just might go over your head. I recently had a chance to chop it up with Sammus, who recently dropped a project called “M’other Brain”, to talk about her process and other topics surrounding the culture that we both are kind of basing our lives on, check it out below. And be sure to follow her on twitter as well @sammusmusic.

Fatboi Fre$h: What initially got you into the Hip hop lifestyle?

SAMMUS: Growing up in Upstate NY I wasn’t really into Hip-hop as a kid. I grew up listening to Radiohead, Daft Punk, Weezer, Green Day, Nirvana and Bob Marley. I started getting into Hip-hop in high school after some of my friends encouraged me to listen to rap music that wasn’t on the radio like Talib Kweli and Mos Def. Around that same time I began listening to Pharrell because he represented a new era of alternative black expression (via skateboarding for example) and I really enjoyed his production because it reminded me a lot of video game music. What really changed my life was when Kanye West released College Dropout, my senior year of high school because it made me realize that even though I didn’t know anything about drugs, pimpin’ or the other things that the media had tried to convince me was representative of Hip-hop and blackness, I could still be a part of the conversation that is rap music. I could talk about issues that I encountered as a well-educated black girl from Upstate NY, with my blackness still intact. I had always had a guard up with Hip-hop because I felt like it was calling me out for not being black enough since I hadn’t experienced and couldn’t relate to so much of what was being said. After hearing Kanye and Pharrell, I let my guard down and began immersing myself in all kinds of Hip-hop from the ratchet to the “conscious.”

Fatboi Fre$h: How did you start producing your own records?

SAMMUS: I fell in love with video games and cartoons and started drawing my own set of characters called the “Gira Crew,” which was influenced largely by Sailor Moon, Final Fantasy 7, Metal Gear Solid and Dragon Ball Z. As I started fleshing out the characters and developing their story lines, I began to think about how cool it would be to design my own video game. My logic was pretty weird, but I figured that since I didn’t know how to program games, but I did enjoy video game songs and had some familiarity with making music, I could develop the music for my game first and then find a programmer later. My parents had bought me and my brothers a Yamaha keyboard and an acoustic guitar, so although I wasn’t formally trained as a musician, I was familiar with crafting music. It wasn’t until 2003 when my brother received a bootleg copy of Reason and taught me how to use it, that I was finally able to put all of my musical ideas “on paper.” Influenced by the music in Sonic 2 and Street Fighter Ex Plus Alpha 2, I made over 90 pieces of video game production over the next year and a half. 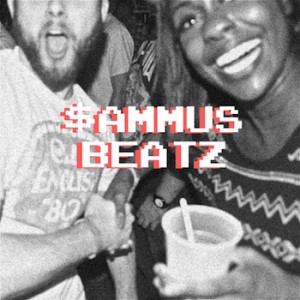 SAMMUS: The only thing I use is Logic Express. I used to use GarageBand because it was free and before that I used Reason. I’d really like to start using some serious hardware soon and also start messing with Ableton Live because a few of my favorite producers swear by that program.

Fatboi Fre$h: Wow you seem like the coolest girl EVER!!!! Any nerds proposed to you yet?

SAMMUS: HAHA at coolest girl ever! A few nerds have made some passes, one has wifed me up, but no proposals under my belt just yet lol!

Fatboi Fre$h: I find your love for creating video game beats very interesting yet I’m surprised that you haven’t mentioned Haruomi Hosono, he made an album where he used sounds from Namco video games in the 70’s have you heard of him? 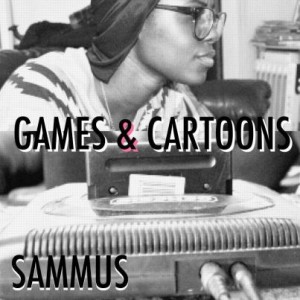 SAMMUS: I have actually heard of Hosono, but I just learned about him this year. I’m in grad school right now and one of my friends who’s studying Japanese Hip-Hop introduced me to Yellow Magic Orchestra after he found out that I love video game music. I had a brief period of time this year (several weeks lol) where I listened to YMO religiously and watched all their music videos every day. Awesome that you brought him up, you clearly know your shit!

Fatboi Fre$h: I personally feel like some women in hip hop make it harder for women to be respected in the world, let alone in a male dominated culture dead set on making bitches look dumb. (pardon my lingo). I feel that you would like to create a paradigm shift in the right direction for Female emcees that actually have talent but feel they need to be a certain way in order to feel accepted. how important is it for you to be comfortable in your own skin and not succumb to modern day femcee fuckery?

SAMMUS: You are absolutely correct in saying that I’d like to create a paradigm shift in Hip-hop as it relates to female MCs and MCs more generally. The growth that we’ve witnessed in terms of content on the male side of the rap equation has yet to develop with popular female MCs. Even though popular artists like Kanye and Drake have insane egos and make incredibly ignorant music sometimes, I respect the fact that a good portion of their subject matter is self-critical and dissects some of their less respectable moments. Popular female MCs are still subscribing to an outdated model of Hip-hop, one built on the idea that bragging, talking shit, and grabbing your cracks and crevices publicly is the only way to receive props. It seems like there is no middle ground when it comes to being a female MC and that is what I’m seeking to establish. I am definitely not a saint and I would hate to be labeled as a “conscious rapper” but I am also responsible enough to realize that having the ability to make music is a gift that should be used to make the world a better, more informed and more interesting place.

It is so important for me to remain true to who I am, not even necessarily for myself, but for kids who might stumble upon my album someday. I was an elementary school teacher for two years so I can say with confidence that we are messing up our children, one ignorant song at a time. These little kids can barely add and subtract, but they can recite Weezy lyrics like they’re gospel. Little black girls are growing up in a time where they are being told from day one that they are only as useful as they are attractive and that ultimately they will be left for a white girl anyways if the option presents itself. Little black boys are growing up in a time where they are being told that they aren’t shit, and the only way to escape that title is to rap or to be a baller. I am here to show girls that look like I did that we’re more than what we look like and we have important and useful things to say. I am here to show boys that girls have a lot of the same dilemmas that they have. I don’t want this to come off like I’m being pretentious or that I’m strictly writing music for the kids, because I recognize that I do say problematic things like “bitch” and “nigga” in my songs sometimes, but I hope what I’m doing is a start to more responsible music. Our kids’ lives depend on it.

To hear more from SAMMUS be sure to go to http://www.sammusmusic.com