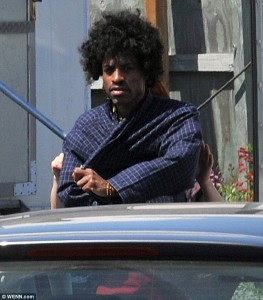 The Jimi Hendrix biopic has been in the works for years now with doppelganger Andre 3000 (Andre Benjamin) from Outkast naturally set to star in the film. With years of preparation, pre-production and even some current backlash from his estate out of the way, fans can finally get a look at how the rapper will pull off the anticipated transformation.

Photos hit the net of the Outkast star in character while on set in Dublin, Ireland, donning a similar hairdo as the legendary rocker. 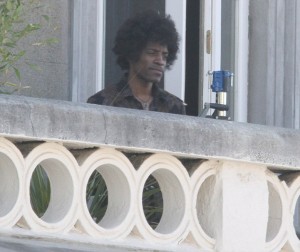 The biopic, titled All Is By My Side, revolves around Hendrix’s ascending career around the time he moved to London, England in 1966. While the hip hop star will probably need to brush up on his guitar skills to come close to emulating Hendrix’s talent, there’s no word as to whether or not his classic songs will be featured in the film since his estate previously blocked all requests.

“Everybody wants to do the movie, but there are so many things that go into a biopic,” Andre previously said. “It’s kinda like, until you are on set doing it you can’t say what’s going on.” Judging from these released pictures, looks like it’s game on.