Being the gracious musical samaritan he is, Derek Vincent Smith, otherwise known as Pretty Lights, is giving listeners a chance to check out his latest album A Color Map of the Sun in its entirety. 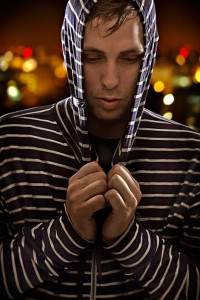 The LP, which is a compilation of his travels across the U.S. recording musicians and sampling from his personal vinyl collections, marks the first time he’s releasing an album with both a physical and digital counterpart. And although the album could be downloaded for free, the Colorado based producer urges otherwise.

“I encourage you to purchase a copy of the album,” he says on his SoundCloud page. “There are two honest reasons for this. The main reason is that as an artist I have always reinvested any success I have directly back into the music, the show and the art that goes along with it. Secondly, this isn’t just an album; it is a massive collection of music beyond what is on the CDs that I will continue to put out after the album release. There is an insightful documentary film on the making of this project to be released alongside the launch of the album, as well as a music video for every song. If there is any success to be had from this album, it will go back into my rule bending, never ending quest to channel beauty and taste through music and art.”

Well said. Listen to A Color Map of the Sun below and purchase your copy of his musical masterpiece on his website.