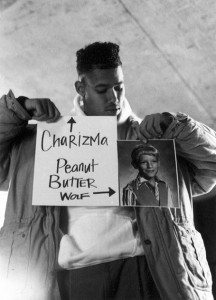 If you’re having a conversation with the above average music aficionado, a mention of the venerated label Stones Throw Records will generally result in a throwing up of the hands, a few expletives and an all around show of appreciation.  Following that, you may hear frustration about how nobody else in the game is bringing it quite like them.  Founded by Chris Manak, widely known as Peanut Butter Wolf, the record label has gained notable street cred by bringing forth a continuous line of artists who have gone on to stand as pillars of the hip hop community.  Producing such legendary acts as J-Dilla, Madvillain, Madlib and several new & notable artists, Manak proves that there’s enough going on within his company to keep hopes alive for those who might be tempted to say that hip hop is over.

Manak first entered the scene as a DJ alongside rapper Charizma, but after the tragic loss of his friend and partner he founded the label to keep their dreams in motion.  Over 15 years later and Manak himself has become a relentless success in the music industry and has made them both legends.  Somehow, he makes it look effortless but the ability to maintain a high le 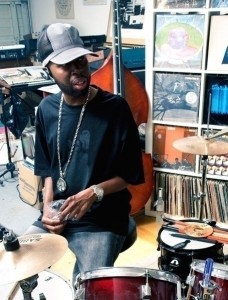 vel of quality and independent sensibility in his undertakings takes not only a razor-sharp business sense but a helluva lot of work.

This year, Gatling Pictures will release a feature-length documentary titled “Our Vinyl Weighs A Ton (This is Stones Throw Records)” to give insight into the label and also the consistent and critically acclaimed, left-of-center albums produced since its founding in 1996.  Audiences will be treated to live concert footage, never-before-seen archival material, inner-circle home video and photographs as well as in-depth interviews with the folks who put Stones Throw on the map.

Read below for L|T|M’s exclusive interview with Manak to better understand how exactly he feels about the game, and peep the trailer for the upcoming Stones Throw documentary.

M: How do you describe the artists of Stones Throw Records and the music you create?
CM: They’re all over the place musically, like my personal record collection. That’s why I’m so happy with the label these days- more than I was with the early days. I’m still involved with it on the production end to an extent, but I don’t have to be as much as I used to. Some times people come to me with finished albums and I just have to “co-sign”. I knew a few talented people when I started which I’m thankful for, but it just snowballed outta control. Avalanche!

L|T|M: In regards to music today, what’s worth listening to in your perspective?
CM: There’s a lot, but it’s all my personal opinion. Of course, I start w/ all the stuff on my label, but there’s also groups like Peaking Lights, Connan Mockasin, Legowelt, Sun Araw, etc. If you go to my Facebook page, I “like” a lot of new music as well as older music and I don’t mind being a geek and clicking “like” on all of it because if I’m in a position to help spread music beyond Stones Throw, why shouldn’t I?

L|T|M: Obviously Stones Throw chooses quality over commercial, what do you look for in artists that sign with your label?
CM: I can never answer that question. It’s not a science. It’s an art so what I look for isn’t that simple. A lot of artists contact me and say “since you put out such and such artist, you’ll like me too” or “since you put out such and such style of music, you’ll like me too.” That usually never works. Just let me hear it and decide if I like it.

L|T|M: What are your thoughts on free sharing / purchasing of music?
CM: I’m not gonna really criticize anyone for doing one over the other, but most people who REALLY like music, buy it even when they can get it for free. Even when they don’t have money. When I was a kid, I could listen to songs on the radio and tape them to my cassette player and listen to songs at my leisure for free, but although I did that, I saved my lunch money and didn’t eat so that I could buy records. I never really did the free music thing as a music listener. Still haven’t tried to figure out Spotify even.  But as a record label owner, I realize that if you totally turn your back on Spotify, you’re just losing the race to be heard. And that’s the number one goal. To be heard. The money comes when you aren’t ruled by it.

L|T|M: Favorite album you’ve been a part of creating thus far? …Why?
CM: There’s so many that were fun for me. Tony Cook is one you probably never heard of, but with that one, I got multi-tracks of a bunch of unreleased songs and got to mix them in the studio and add things where needed and take things out and really mold it into something and the artist trusted my vision every step of the way. Then you have albums like Madvillain and Jaylib that I was very involved in behind the scenes that did well for us. But I don’t have a favorite. I’ve been involved in probably a hundred albums over the past 16 years. I don’t have any kids, so that’s my legacy.

L|T|M: Who would you like to work with next?
CM: My roster is THE BEST. I work with everyone I want to. Dream job.

L|T|M: Tell us about the upcoming documentary that we’ve been hearing about.  We know that a lot of artists, even those who are not signed to your label, have been eager to say their part about your legacy.  What does the project aim to capture and who is your audience?
CM: I’m not sure what the director wants to capture because I haven’t seen a rough cut yet, but I just hope that enough time in the film gets spent on the unsung heroes that I’ve worked with over the years. The story is kind of a big undertaking and although I’m very thankful that there are interviews with people in the music industry more rich and famous than the guys I work with, I don’t want it to be this sensationalized thing where the essence of the label gets lost. J Dilla, for example, never even went to the Grammys when he was invited and I don’t think he was boycotting any one certain awards show over any of the other, but just more the whole concept of getting too caught up in the sceney-ness of it. I know, that’s not a word.