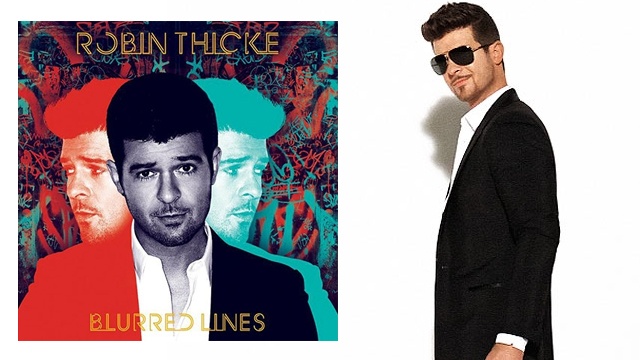 Fresh of the success of his first #1 ranking on Billboard’s Hot 100 for the title track, Robin Thicke’s Blurred Lines has hit stores and thanks to the people at Interscope Records, we get a first listen at the album in its entirety.

Blurred Lines, Thicke’s 6th studio album, shows that this R&B crooner can do it all, from upbeat, poppy tunes to more of the down-tempo vibe that fans of his will find as a bit of a reprieve (see: Lost Without U). He also does most of the legwork himself on this effort, save for a couple of features from the likes of Pharrell Williams, T.I. and Kendrick Lamar (Give It 2 U).

Overall, the 10-track offering (14 if you get the deluxe version) does a good job to show off the 36-year-old vocalist’s without trying too hard and being excessive. Listen to the album below and be sure to get your own copy in stores or on iTunes.