Continuing their Valtari Mystery Film Experiment, where they enlist an array of artists to cinematically create short films from songs off their latest album by the same name,  Sigur Ros has released their latest visual creation, Leaning Towards Solace. 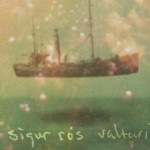 Directed by Floria Sigismondi, the emotionally charged short uses two of the group’s songs (Dauðalogn and Varúð) to tell the tale of a young ballet dancer (Elle Fanning), her self-doubting father (John Hawkes) and their seemingly irreparable relationship.  The 12-minute film is filled with depleted dialogue between them until it reaches its apex with an enigmatic ending that’s as beautiful as it is atypical.

Watch the short below. Sigur Ros’ Valtari is available now.